Professional teachers continually strive to improve their teaching skills and to stay current with what is happening in the education world – which has changed a lot in the past decade. Last weekend, Hermannsburg’s High School German teachers added another string to their collective bow by taking part in a training programme specifically aimed to qualify them as examiners for the German Language Diploma Level 2 (or the DSD II), which is the highest level offered. Hermannsburg is one of only a couple of schools in South Africa offering the internationally recognised DSD II. After our teachers passed an online, blended-learning course earlier in 2021, Mrs Eggers, Mrs Hoffmann and Mr Peifer spent two days on an intense qualification seminar in Pretoria, run by Dr Winfried Spanaus, co-ordinator of the DSD schools in Southern Africa. There were many discussions, much useful input and important exchanges with German teachers from other schools in South Africa and Namibia, who are also part of the German teachers’ network supported by the Central Agency for German Schools Abroad (ZfA) in Germany. Before the participants received their certificates, they were invited to, and enjoyed, a meeting with representatives of the German embassy in Pretoria. 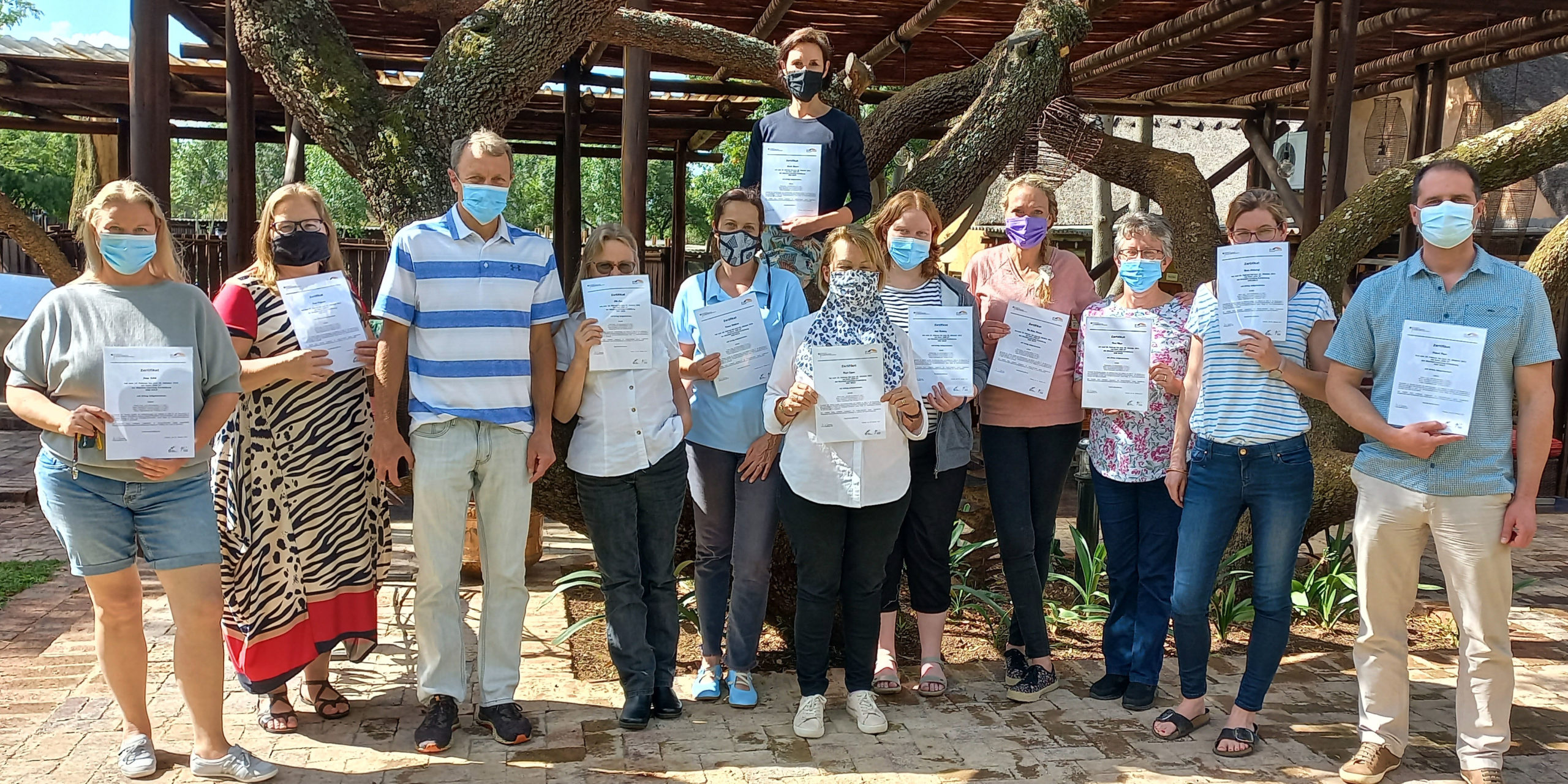 Hermannsburg’s German teachers, Mrs Eggers, Mrs Hoffmann and Mr Peifer, together with Dr Spanaus and other participants in the recent professional development seminar in Pretoria.